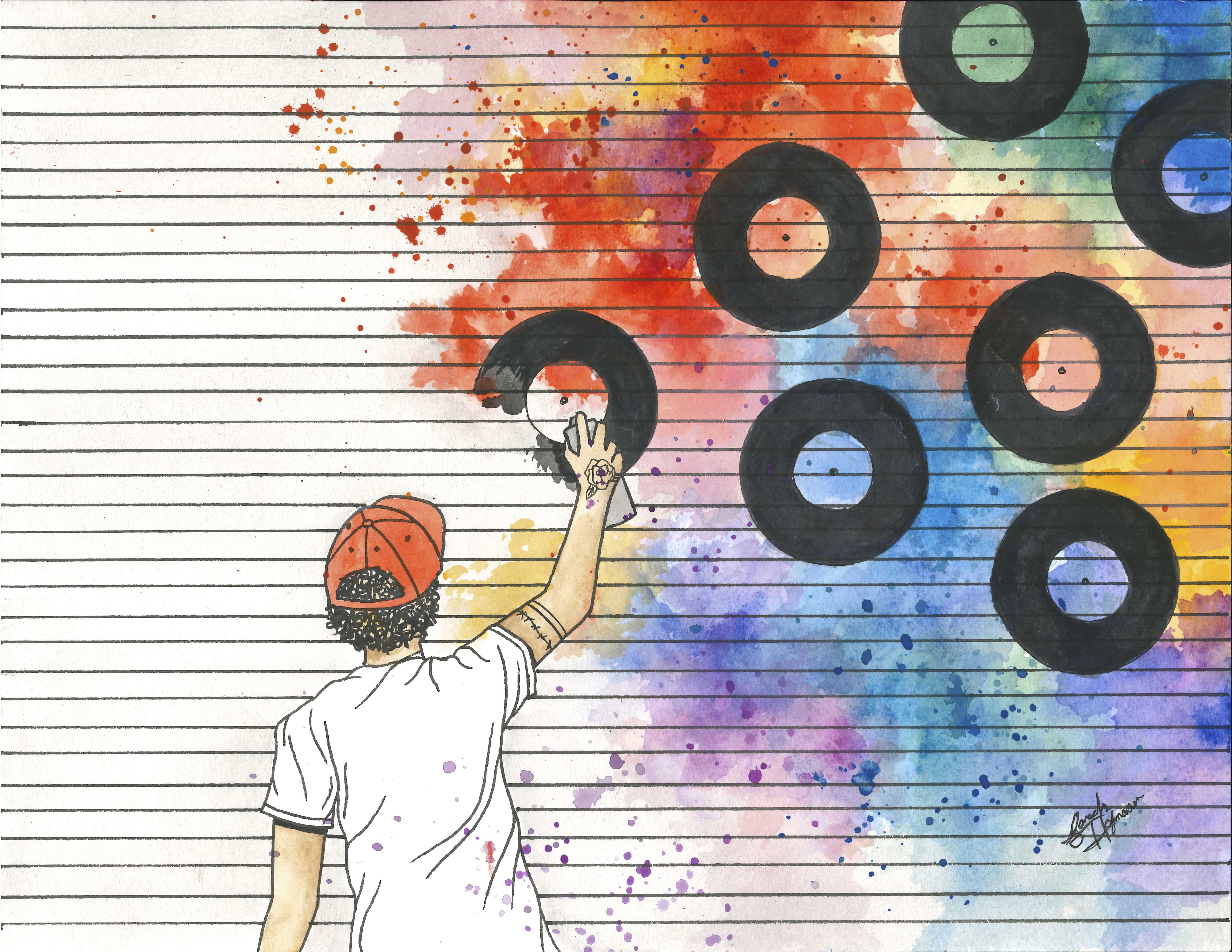 After decades of shows that focus overwhelmingly on white, middle class Americans, a recent spate of TV shows finally welcomes a cast of diverse voices to the mix. While Netflix’s “The Get Down” races through the Bronx in the summer of 1977, the FX drama “Atlanta” slouches through the South of today.

These two new shows bookend a 40-year period that has been defined by hip-hop culture — though they don’t see eye to eye on the power of its music, artistically or culturally. Despite their differing time periods, both shows contend with the same questions about the role of hip hop in the black community. While “The Get Down” works to confirm and preserve hip hop’s influence, “Atlanta” depicts it as a failing panacea for the community’s broader social issues.

In “The Get Down,” Luhrmann plants young, original characters  —  the fledgling hip-hop DJ Shaolin Fantastic (Shameik Moore), gifted, lovesick poet Ezekiel Figuero (Justice Smith) and budding disco queen Mylene Cruz (Herizen Guardiola), among others —  in the shadows of real hip-hop pioneers like DJ Kool Herc and Grandmaster Flash. The lead characters’ talents reflect a variety of different styles and aspirations and lead to many passionate discussions about the power of their respective crafts — graffiti, spinning, rapping, poetry, prose, disco, hip hop — in their own lives, and in American life. “The Get Down” isn’t just a hagiography of hip hop’s earliest founders; it’s the story of the countless impoverished youths of color that the genre’s founders inspired.

Through the influence of hip hop, Ezekiel transforms the wit and intelligence that made him the target of ridicule in the classroom into a means of gaining social status. Early in the hour-and-a-half long premiere, Ezekiel rebuffed his English teacher’s encouragements to use his talent for poetry to escape from the limitations of life in the Bronx as a young, impoverished, parentless male. In the context of his life in the Bronx, writing poetry has done nothing but made him a target for ridicule and abuse. But in the world of the titular Get Down, a party where Grandmaster Flash shows off a radical new technique that will change music forever, the ability to spit lyrics makes you a king.

Again and again, “The Get Down” reminds its audience that the ability to navigate the world around them was a form of social currency for the impoverished black and Latino youths who flocked to the burgeoning hip-hop scene. Rather than engaging with the racialized social hierarchies of white America, the characters of “The Get Down” choose to explore and value their identities within the newly created boundaries of hip-hop culture. Their social mobility may be limited in the world outside the Get Down, but within it they are its emperors.

“Atlanta” is a laid-back, stubbornly realistic rejoinder to “The Get Down,” more concerned with what it means to be young, black and impoverished in 2016 than the intricacies of hip-hop artistry. Glover plays Earn Marks, a Princeton dropout who’s struggling to support his baby daughter when he learns that his cousin Alfred “Paper Boi” Miles (Brian Tyree Henry) is blowing up as a rapper. Earn tracks down his cousin and his space-cadet buddy Darius (Lakeith Stanfield) in an attempt to become Alfred’s manager, despite his utter lack of experience.

Glover deliberately creates a universe in which the central characters, all African-American, make money either by selling drugs or pursuing hip-hop dreams — two of the most stereotypical occupations of black protagonists in Hollywood dramas. Rather than carting out the usual clichés, Atlanta looks seriously at the societal pressures that encourage African American males to pursue careers in rap. Later in the episode, the story’s main trio get high and discuss their brightening futures on a broken-down couch in the middle of a field, right alongside upscale apartments and development homes. In this moment, the conflicting lifestyles of the show’s heroes is laid out before the audience’s eyes: Now that Alfred’s career is taking off, they are almost close enough to touch what they could always see.

“Atlanta” refuses to shy away from the reality of race and class in 2016. It is no longer possible for black bodies to exist outside the strictures of white categorization and definition. When opening any newspaper in the country means reading an account of an unarmed African-American man shot to death by the police, the possibility of an identity separate from white expectations of behavior becomes inconceivable.

“I scare people at ATMs, boy. I have to rap. That’s what rap is — making the best out of a bad situation,” Alfred says in the fourth episode of the season. For him, the decision to become a rapper is, in fact, not really a decision at all. It is an outcome born of limited opportunity. Where “The Get Down” waxes rhapsodic about the artistry of hip hop, “Atlanta” offers instead a clear-eyed depiction of the ways in which its characters — their motives, hopes, goals, decisions and lives — are inseparable from the hierarchical structures that bind them.

Want us to review your favorite new show? Email us at weekly@oxy.edu or tweet us @OxyWeekly.