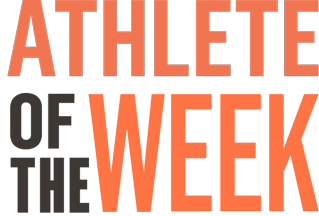 Keenan Leary (junior) led the men’s cross country team to an eighth place finish out of 37 teams at the University of Wisconsin – Oshkosh Kollege Town Sports Cross Country Invitational. In a field of more than 550 runners, Leary finished 40th overall with a time of 26:03.

“Running at a championship caliber race in Oshkosh was what cross country is all about,” Leary said via email. “Wind picked up at the start of the race so I used some tactics I’ve learned from watching the Tour de France over the last couple summers. Always staying tucked into a pack and hiding my cards until I had to play them in the last 1000 meters.”

The Tigers finished ahead of both the University of Chicago (No. 31 in the nation) and Willamette University (No. 35 nationally) to move into 35th in the country. Leary expressed optimism that the Tigers can keep climbing the national ranks.

“I’ve never been on a team that has finished so closely together,” Leary said via email. “I know that if we keep this theme going, we should have no problem securing a national bid in November.”

Leary and the Tigers will run in their last conference meet of the year at the SCIAC Championships Oct. 29 at Chino Hills.

Laura Chun (sophomore) had an impressive opening weekend at the Malibu Invite swim meet at Pepperdine University Oct. 15. The second-year swimmer took home College Swimming’s Athlete of the Week honors thanks to her 400-yard I.M. time of 4:51.22, which ranks top in the country.

“There is an unspoken air of motivation among our teammates,” Chun said. “Although in swimming you do not pass a ball or guard a player, you are still held accountable for performing to the best of your abilities. We do not want to let each other down, so we all swim with something to prove.”

Both swim teams have been turning that motivation into success thus far, with the men and women’s teams ranked No. 18 and 19 in College Swimming’s national polls respectively.

When asked about the significance of the rankings, Chun was certain that the team was focusing on growth more than polls.

“National rankings mean nothing to us. We are focused on improving individually and as a team.” said Chun.

With the season just getting started, the Tigers will have their next opportunity to showcase their improvement at the Hour of Power Meet Nov. 8.