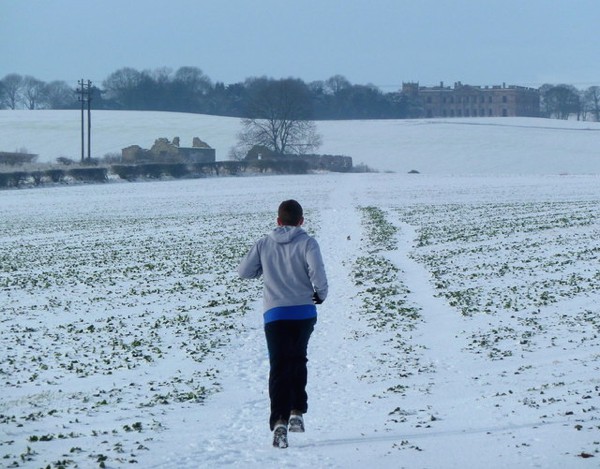 As the semester winds down and reading days and finals begin, students prepare to leave campus for break and look forward to five weeks of free time before another semester begins. Few people think of the 66 student athletes on four teams that will spend most of their Winter Break at Occidental training and competing. While most students are at home spending time with their families, catching up on sleep and binge watching Netflix, members of the men’s and women’s swimming and diving and basketball teams are sprinting, running drills and lifting weights.

Timing of Winter Break varies from team to team and year to year. This year, men’s and women’s swimming and diving have 10 days to go home and spend time with their families before returning to campus Dec. 28. Women’s basketball usually only has five to seven days off campus. According to swimmer Austin Lashley (junior), the time allotted for vacation is based on NCAA rules but ultimately decided by each team’s coach.

“We have to stay within NCAA regulations on the amount of practice weeks we can have in a season. This year we started practicing a week later so we could have a longer winter training,” Lashley said.

According to Lashley, a typical practice day for the swimming and diving teams follows the pattern of an early morning swim followed by breakfast and a few hours of free time before an afternoon swim, another meal and evening weights for a total of four to six hours of practice a day.

With several practices a day, food is extremely important. When athletes first arrive back on campus, no campus dining facilities are open, so athletes are each given $100 to spend on food off campus for the week. Once the Cooler opens, followed by the marketplace, athletes are given $24 of undiscounted meal plan a day. According to women’s basketball player Triana Anderson (junior), her coach, Anahit Aladzhanyan, also gives the team money or brings food to practice to ensure that they are eating enough to have a successful training season.

All athletes, except for seniors who live off campus, must live in Newcomb Hall for the break. So while the rest of campus is empty, Newcomb is busy with activity. Anderson says that Newcomb becomes a tight–knit community with teams watching movies together or playing games in the common room.

“It’s really fun bonding-wise as a team to all be living together,” Anderson said. “The physical aspect of moving all of your stuff can be a hassle but once you’re there it’s a really important time for a team to get close.“

On their few off days, teams will plan day trips to Disneyland, Six Flags or the beach. Shorter, more typical excursions will include going to the movies, visiting museums or trying food from places they wouldn’t usually go to during the semester.

Each team finds its own way to make the most of time off. According to David Avery (senior) on the men’s swimming and diving team, the team has gone ice-blocking — sledding down a grass hill on a block of ice — in the past, something he intends to plan this year. Anderson says the women’s basketball team changes it up each year.

“One year we got Nerf guns and had battles in Newcomb. One year we had a remote control car and helicopter and built a landing platform on top of the car. Things get a little slow around here but we find our own ways to have fun,” Anderson said.

While many athletes may wish they could spend more time at home, they recognize the benefits their training has on their season

“I consider Oxy home more than I do my actual home so I look forward to being here. Winter training is usually said to be the worst and best part of the season,” Avery said. “We suffer together in training but no one can train like this on their own. Being together is what makes it possible.”

Have a sports tip? Email us at weekly@oxy.edu or tweet us @OxyWeekly