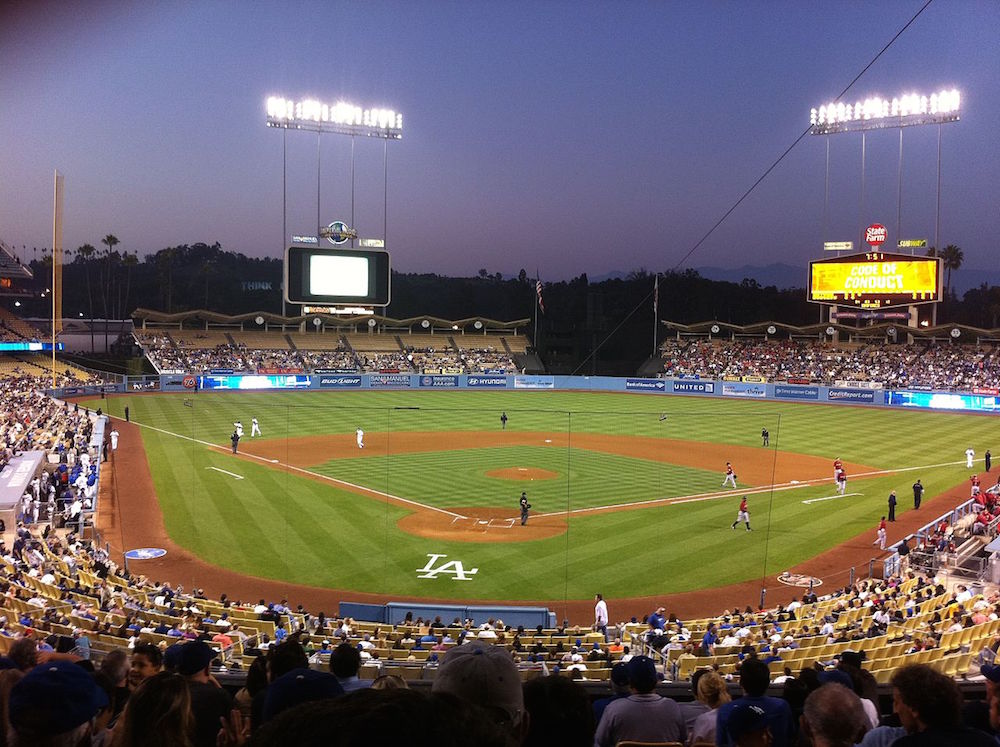 The Dodgers postseason curse seems to have struck early this year. On Sept. 12, they defeated the San Francisco Giants, 5–3, to snap an 11-game losing streak — their longest losing streak since they moved to Los Angeles in 1957. The Dodgers are the first team since the 1991 New York Mets to have losing and winning streaks of over 10 games in the same season. After losing so much, team members were caught by surprise when their win last Tuesday clinched them a spot in the playoffs. Manager David Roberts had no idea his team was in the playoffs until a reporter told him.

The losing streak was one of the most confounding streaks in baseball history, according to LA Times contact reporter Andy McCullough. Earlier this year, the team had aspirations of tying or even breaking the regular season record of 116 wins and went on an incredible 52–9 streak. That two-month span led Sports Illustrated to put the Dodgers on their August 28 issue which was headlined, “Best. Team. Ever?”

Good thing they put the question mark. The losing streak, which included being 1-16 in a 17-game span, bred multiple theories for the losses. Maybe it was the classic Sports Illustrated cover jinx, which has an entire Wikipedia page full of past teams unlucky enough to be cursed. Perhaps the midseason additions of Yu Darvish and Curtis Granderson and the demotion of youngster Joc Pederson ruined the team’s chemistry. Even juicier, some fans complained that the team should have been playing more “small ball” and suggested that bunting more often would be the answer.

Streaks like this create panic and confusion. Sometimes it is important to remember that rough patches and slumps happen and that sports, like the Dodgers, are unpredictable. Delving into the numbers, it is much easier to see why the Dodgers have been so abysmal.

For Los Angeles, it was more than just a few players that underperformed — the entire team went into a funk. Aside from Yasiel Puig, the 13 active Dodgers with the most plate appearances hit worse from Aug. 26, the start of the 1-16 stretch, until Sept. 12, when the Dodgers snapped the streak with their win over the Giants. The team-wide slump hit Chris Taylor and Cody Bellinger — two young players who had been blowing out expectations and were a key reason why the Dodgers had been such a juggernaut — particularly hard.

Taylor’s batting average and on-base plus slugging percentage (OPS) during the losing streak were .235 and .599 respectively, a far cry from his .310 and .922 marks prior to the slump. Bellinger, the rookie sensation who is still sixth in the league in home runs, also ran into trouble. He struck out in a whopping 28 percent of his at-bats, and his slugging percentage went from a .612, good for top five in the league, to a .453 in the 17-game span, during which he missed four games due to an ankle injury.

With the offense sputtering, one would expect the pitchers to pick up for the lack of offense. Yet, in that same stretch, Los Angeles’s pitching struggled just as badly. Four of the five starters had an earned run average (ERA) of six or worse, with Kenta Maeda and Yu Darvish sticking out with ERA’s of over nine. The one starter whose ERA was under six was former National League MVP Clayton Kershaw, who sported a 3.72 ERA, which he would consider a disaster over a full season.

Such issues do not happen to teams as good as this year’s Dodgers. Only two teams have ever made the playoffs after losing 11 straight games in a season. There is no comparison to be made for how the whole team has struggled like Los Angeles has.

The Dodgers’ season ends Oct. 1. Tickets can be found for as low as $6 on StubHub, and the stadium is a 20-minute drive from campus. The Dodgers still have the best record in the league and a 100 percent chance of winning their division and avoiding the Wild Card, per Fangraphs. They are still in a very favorable position in the National League western division. With the postseason just weeks away, the Dodgers do not need to make any type of late-season push, although considering their reputation in the postseason and the pessimistic vibe surrounding the team, something positive would not hurt.