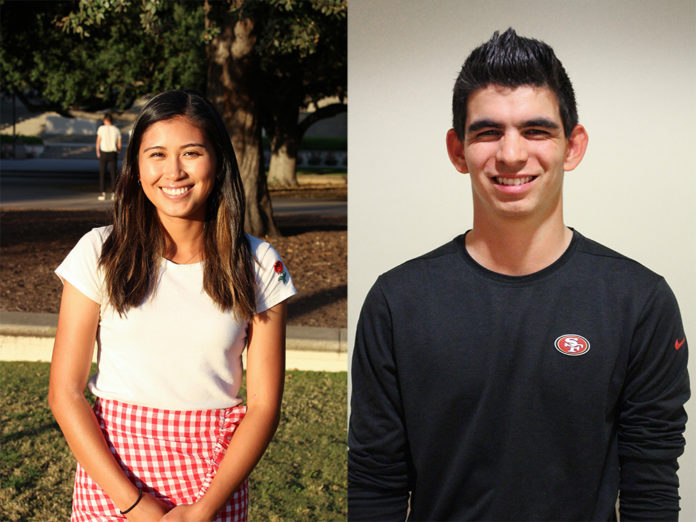 The men’s team outscored University of La Verne, which is ranked 11th in the nation, on the second day of competition. The women’s team tied their school record with their performance on the second day, equaling a record they broke earlier this season.

The strides the women’s team has made, along with both teams’ overall progression, were points men and women’s head coach William Morris said he was pleased with.

“We always strive for improvement,” Morris said via email. “Our women have improved in each SCIAC round we have played this year and improved by 37 strokes from our first round in February.”

Men’s co-captain Sam Miller (senior) said he was pleased with how the team achieved their goals at the competition.

“Our goal is always to come in the top half of our league because the top three teams are top 15 teams in the country, so if we’re coming right behind them, we’re doing pretty well,” Miller said.

Morris pointed out just how significant it was for the team to outperform such competitive opposition as La Verne on the second day.

“For us to beat them, it shows what we are capable of,” Morris said via email. “We just need to be more consistent.”

On the women’s side, Morris described how he was proud of the leaders on the team who have been integral to the team’s performance over the last four years and played their part in the record-equaling performance.

“It is great to see,” Morris said via email. “We have two great senior co-captains, Katy Uchiyama and Samantha Rocha, who have excelled at Oxy both off and on the golf course for four years, it’s wonderful to see them be a part of Occidental history.”

Uchiyama (senior) said she was proud her and her teammates improved on the second day of the competition.

“The first day we struggled a little bit but then the second day I think we were definitely all able to play well,” Uchiyama said. “I think we all know we have the potential to play well and so it was good to finally have it all come together.”

With the season approaching its conclusion, Morris said he was proud of what the team had achieved thus far but still felt their work was not done yet.

“My goal is always for us to reach the maximum of our potential,” Morris said via email. “We have put in a lot of hard work this season and we are peaking at the right time. I anticipate us playing well, finishing strong and having a great conference championship.”

Uchiyama said she was just focusing on the SCIAC championship at Brookside April 18–20, which was the last tournament of her Occidental career.

Miller’s attitude was similar, heading into his final competition as a Tiger.

“My goal: just try and enjoy it,” Miller said. “It’s our last tournament so I’ll try not to get stressed or get upset or anything and just enjoy being out there one last time.”

The men’s team achieved their goal and went on to place in the top four in SCIAC with a fourth-place performance at the SCIAC championship. Miller was Occidental’s top performing golfer of the day, shooting rounds of 68, 75 and 77 and tying for fourth overall individually in his last competition with the Tigers.