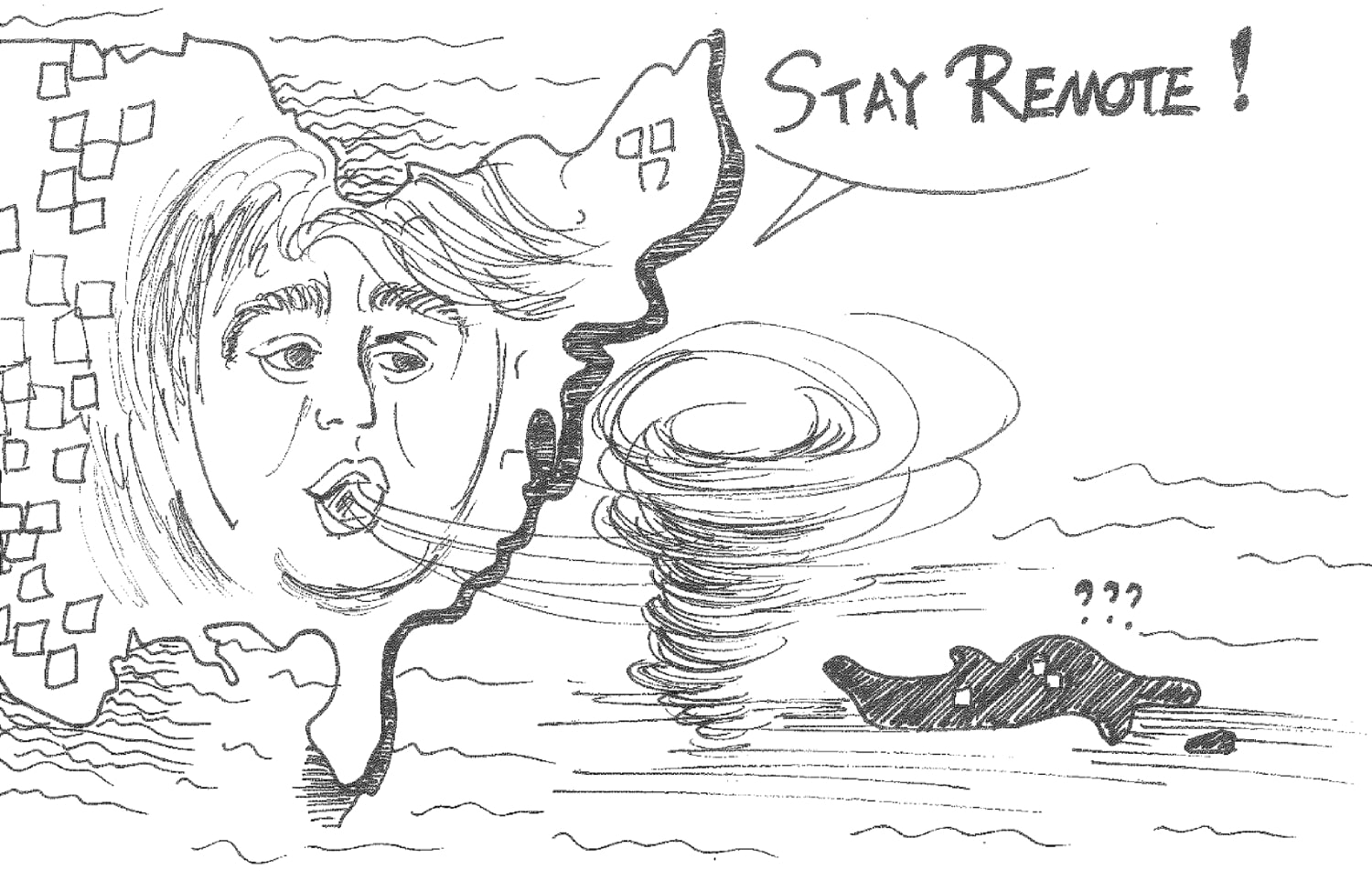 Trump’s response to the current humanitarian crisis in Puerto Rico has been both contemptuous and ignorant. His casual paper towel throwing, obsession over “our” budget and slurs about Hispanic laziness are undoubtedly indicative of this specific administration’s racism and incompetence. But Trump’s behavior has distracted from a larger issue that precedes him — the chronic underdevelopment of Puerto Rico due to decades of American exploitation.

Compare the devastation of Hurricane Harvey in Texas to that of Hurricane Maria in Puerto Rico. Now, the effects of Harvey are not to be minimized. The storm was one of the largest in U.S. history, and the devastation was certainly widespread. But, thankfully, it did not reach its predicted numbers, due in large part to the quick response and comprehensive infrastructure already in place.

In addition, Congress immediately passed a $15 billion relief plan. Within a month of Harvey, nearly all power had been restored. According to The Washington Post, 2.4 million acres were sprayed for mosquitoes, and the vast majority of Houston schools were able to reopen soon after the storm. In an interview with the Post, John Hellerstedt, commissioner of the Texas Department of State Health Services, stated that “the mass casualties have absolutely not happened,” and that, “the deaths that are attributable to this disaster is a very small portion.” For the most part, despite Harvey’s potential for Katrina-level catastrophe, the worst was avoided.

Contrast that with the effects of Hurricane Maria — a category four hurricane like Harvey. Puerto Rico’s antiquated electric company reported a 100 percent power loss (it’s now functioning at about 40 percent capacity). Death toll estimates range from 54 to 900, and about 20 percent of Puerto Ricans still have no water. Meanwhile, aid remains stranded at the main port in San Juan, and Puerto Rican citizens living in the states have been unable to contact loved ones. This devastation would be expected in the immediate aftermath of the storm, but at this point, it has been seven weeks since Maria made landfall.

Such destruction is the direct result of a Puerto Rico left underdeveloped and underrepresented. No one seems willing to address this fact. If anything, there has been a conscious effort to distance the United States from the Puerto Rican catastrophe. House Speaker Paul Ryan said in October that our job is to “make sure that Puerto Rico can begin to stand on its own two feet,” expressing the hope that U.S. efforts can help make Puerto Rico more “self-sufficient.”

This makes it sound as though our responsibility in Puerto Rico is temporary, and as if the U.S. and Puerto Rico operate in two parallel but separate universes. This is simply not true.

U.S. policy has always been the major determinant of Puerto Rican affairs ever since the acquisition of the territory in 1898. And though Puerto Rico is undoubtedly more developed than it would be without American intervention, modernization efforts have produced many devastating side effects.

For one, campaigns like “Operation Bootstrap” — implemented by Puerto Rican leaders with the support of the U.S. government — relied on unsustainable corporate tax breaks and cheap labor deals that, when eliminated, decimated manufacturing jobs and led to a mass exodus of Puerto Rican labor to the mainland. Protectionist policies like the 1920 Jones Act (now temporarily suspended for hurricane relief) have nearly doubled the cost of consumer goods for the average Puerto Rican. Furthermore, the U.S. government has capped Puerto Rico’s Medicaid and nutrition assistance, meaning that times of economic distress do not lead to a proportional increase in federal aid, as they would for U.S. states.

All of these policies have compounded to trap the island into a vicious cycle of borrowing — sustained by mainland predatory lenders — that has plunged Puerto Rico $70 billion into debt, contributing to a 45 percent poverty rate and an unemployment rate twice the national average.

So, sadly, what we see now in Puerto Rico should not be surprising. Ballooning debt led to more and more cuts in infrastructure and economic improvements, meaning that in the aftermath of Maria, Puerto Ricans face six months without power, a shortage of food and potable water and a possible epidemic of mosquito-borne diseases.

Mainland Democrats, Republicans and Puerto Rican officials alike are to blame for the current crisis. So, to act as if the burden of recovery should fall upon a Puerto Rico beholden to the whims of the federal government is naive. Because frankly, it does not matter who is ultimately responsible for Puerto Rico’s troubles. It is the federal government’s job to protect its people even when local governments screw up.

But, if statehood is out of the question, then perhaps it’s time to actually allow Puerto Rico to, as Paul Ryan said, “get back on its own two feet.” Independence would at least give the Puerto Rican government the autonomy we like to pretend it has. The current territorial status dooms the island to perpetual limbo.

Either way, it is time for change in Puerto Rico. Otherwise, three and a half million of our fellow citizens will continue to suffer from the effects of a largely preventable crisis.

Zach Goodwin is an undeclared first year. He can be reached zgoodwin@oxy.edu.