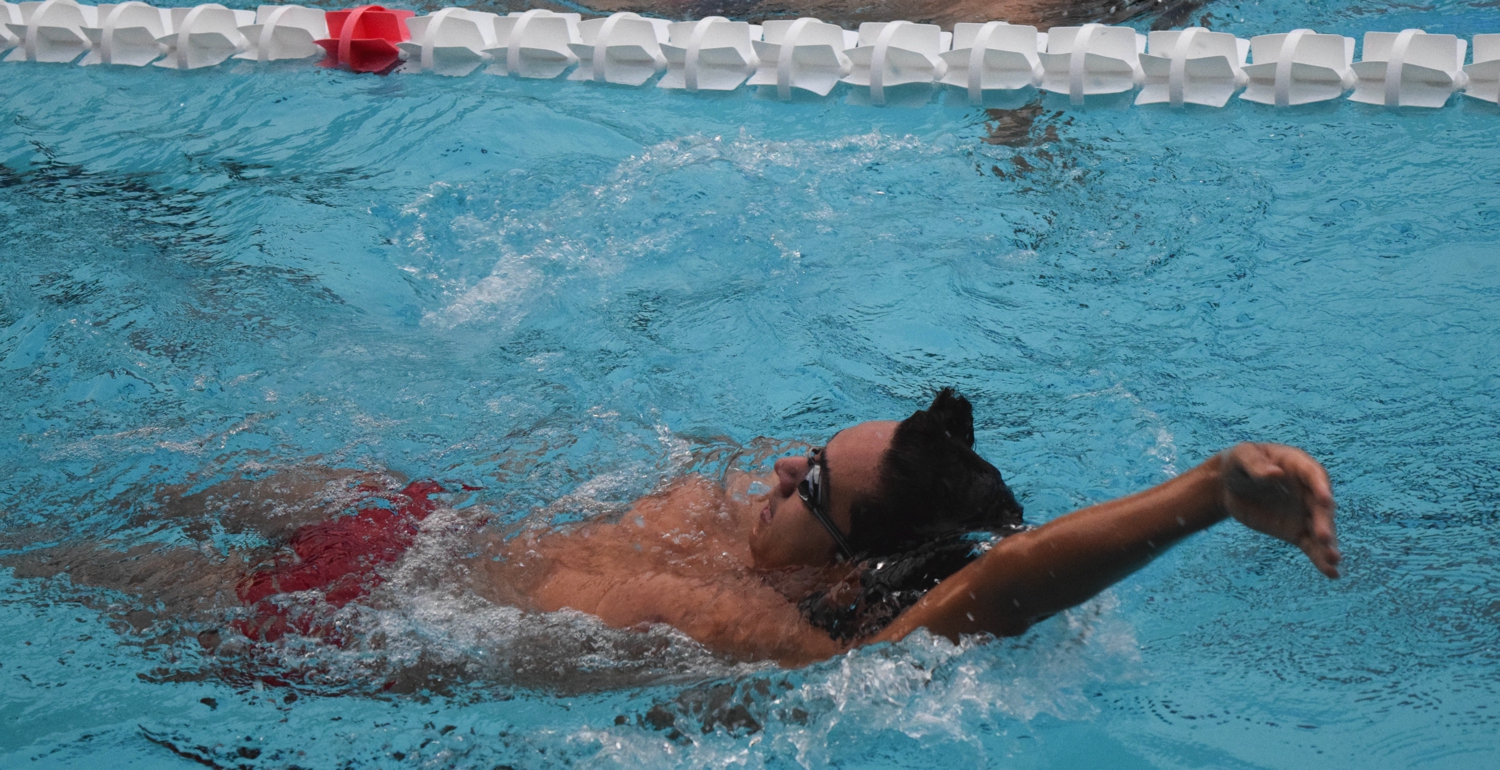 Drawing on the energy of over 200 people in attendance, the men’s swim team defeated California Lutheran University by 62 points during a meet at Taylor Pool Saturday, Nov. 18.

Cal Lutheran is projected to finish fourth in the conference this year. According to head coach Steven Webb, the men’s ability to beat them by 62 points shows how strong the current men’s team is.

According to Lashley, the team’s strong performance surprised a lot of people, especially the other teams in the conference.

Lashley’s goals for the rest of the season are to make nationals in the 100m butterfly after being on the cusp for a few years. After getting invited his sophomore year, he came down with an illness at the conference championship and was unable to attend. From a team perspective, Lashley is confident that the men could break some long-lasting relay records and possibly send a relay team to nationals. Both teams combined have a chance to break over 10 school records this year, according to Webb.

Webb attributes this year’s success to the team members treating swimming and diving as a team sport. Other factors that have gone into the swim program’s success this season are the example of work ethic needed to compete at a high level set by Lashley and Joan Kronick (junior), in addition to the working with Ricky Lang, the team’s strength coach, according to Webb.

Lashley echoes Webb’s sentiment that Occidental’s swimmers joined the team to work hard. He attributes the men’s team’s success to coach Webb recruiting better swimmers, and the fact that Lashley believes people choose to swim at Occidental to swim fast, rather than just swimming for fun.

“I think in a lot of programs, you get people burnt out,” Lashley said. “And not really wanting to be there, and just trying to get through it, just to keep swimming for whatever reason they want to. But, people [on Occidental’s team] are actually excited to be a part of the swim team here and actually work hard, and have hard, good goals they can try to achieve.”

Sebastian, who won the 200m freestyle and was a swimmer in the winning 400m freestyle relay team, chose to swim at Occidental because of the team’s strong community culture.

“[My] expectation of an extremely tight-knit community has been exceeded over the last few months,” Sebastian said. “With injured swimmers showing up to meets and practices, movie nights in Choi Auditorium and the team’s absolute excitement with everyone putting up best times, pool records and even team records our last two meets.”